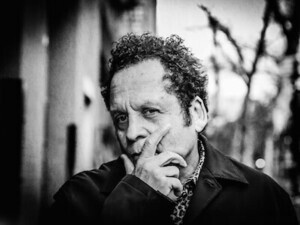 Roslyn, NY - After more than fifty years of treading the boards,Garland Jeffreys is going to retire from performing! Though he'll continue to write and record, his last Long Island show will be at My Father's Place at The Roslyn Hotel on Saturday, May 4th at 8 p.m. Doors are at 6 p.m. All events, dates, times, and prices are subject to change without notice.

Garland Jeffreys has been making provocative, personally charged urban rock and roll since the late 1960s. The Brooklyn-born, socially conscious singer-songwriter (New York Times) has never been easy to pigeonhole but has always carried cultural significance well beyond his name recognition. From proto-punk to rock to folk to blues to reggae (Bob Marley once said he was the best interpreter of reggae in the US) Jeffreys has long held the respect of his peers, and the breadth of contributors to his recordings and performances reflect that respect, as well as an ahead of his time penchant for musical genre-bending: Dr. John, Phoebe Snow, David Sanborn, Larry Campbell, The Rumour, John Cale, James Taylor, Sly & Robbie, Sonny Rollins, Linton Kwesi Johnson, Bruce Springsteen, U2 and Lou Reed among many more have recorded and shared stages with him. A testament to the broad appeal and diversity of his music, his songs have been covered by hardcore punk legends The Circle Jerks, psych-folkies Vetiver, British guitar ace Chris Spedding and jazz trumpeter Randy Brecker, and his songs have been in numerous TV shows, commercials and films. Starting out in the Greenwich Village clubs and touring the world from Europe to Australia to Japan, New York has always called him home.

No one is more New York than Garland Jeffreys.

The Village Voice voted his Wild in the Streets # 7 in the 60 All Time Best Songs about New York City.

In The New York Times, Loudon Wainwright included his Dont Call Me Buckwheat as one of the top ten protest songs of all time, along with such classics as Little Boxes, Blowing in the Wind and We Shall Overcome.

A character portraying him sang 96 Tears in the season finale of the gritty HBO NYC drama The Deuce.

His late career renaissance has yielded three stellar albums on his own Luna Park Records: The King of In Between (2011) Truth Serum (2013) and 14 Steps to Harlem (2017) and critics took note:

One of rock's most compelling voices  American Songwriter

He beats the odds by surpassing 1973s Garland Jeffreys, 1977s Ghost Writer and all their lesser successors  Robert Christgau

Jeffreys is one of the few performers who came of commercial age in the era of Bruce Springsteen who can still make that guitar-based, myth-making impulse work as intimate art  NPR

Be with us on May 4 at My Father's Place to celebrate this beloved New York icon.

There is a $25 Per Person Minimum for Food & Beverage at every show. Doors open at 6pm
Ticket order confirms table reservation, first come first seated.

We partner with Rock CAN Roll, helping to "beat hunger" on Long Island. Please bring healthy, non-perishable food donations for people or pets to the show. Come early for dinner and then enjoy the show from the same table. 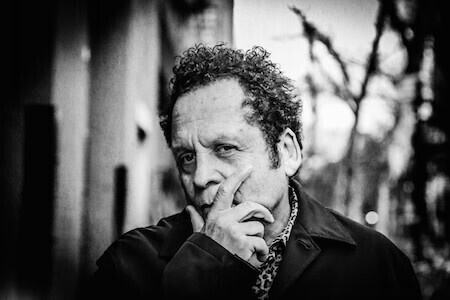