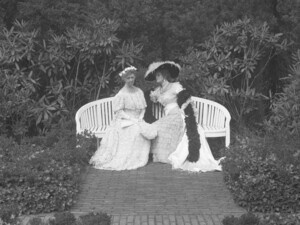 With the arrival of the railroad in 1870, Southampton began its swift ascent to fashionable status. New Yorkers, spared a grueling journey by stagecoach or an overnight boat trip, could now make the trip in a few hours. While the early years of the Southampton summer colony were marked by a professed enthusiasm for the informal pleasures of country life, it was perhaps inevitable that the taste for Gilded Age excess, then sweeping over the city, would begin to assert itself among the colonists. Afternoon teas, picnics and intimate soirees lost favor to be replaced by the formal balls and extravagant entertainments earlier arrivals had disdained. All pretense of rural simplicity was dropped when women began arriving with trunkloads of gowns and accessories and organizing a social agenda every bit as demanding and elaborately choreographed as the one they knew in the city. Then, with the arrival and progression of the new century, a younger generation began moving away from the excesses and formality characteristic of the Gilded Age at its opulent height. As it did elsewhere, the decade of the 1920s brought good times to Southampton, and with them the advent of the flapper, who had no use for styles that had kept women confined and corseted for too long. After that, there was no going back. The women here, in “High Style in the Gilded Age,” were among Southampton’s fashionable trend-setters, admired and envied by other women, and lavishly covered in the local and New York City society columns. 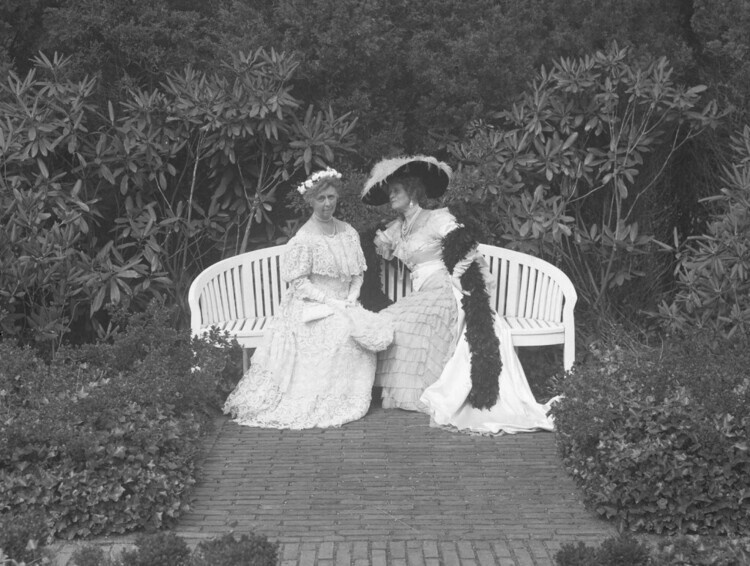