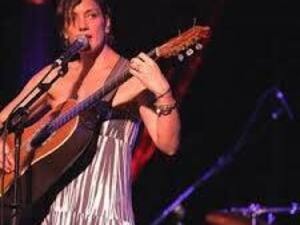 Jen Chapins music is urban folk soul  story songs that search for community and shared meaning, powered by the funk and improvisation of the city. Critics have hailed her work as brilliant.. soulfully poetic (NPR), thoughtful ...worth-savoring (People), addictive (Boston Globe), smart, observant, lyrically deft, politically aware and emotionally intuitive (Milwaukee Journal-Sentinel). Jazz Times has called her a first-rate storyteller while Relix regards her as one of the freshest voices singing today. Jen has been featured on Late Nite with Conan OBrien, NPRs Mountain Stage and Wood Songs Old-Time Radio Hour, Sirius Satellites The Loft with Mike Marrone and Mary Sue Twohys The Village, been honored by the USA Songwriting Competition, has performed on stage with Bruce Springsteen, and has opened up for Bruce Hornsby, Smokey Robinson, and the Neville Brothers. Jens cover of Van Morrisons Into the Mystic was prominently featured in a recent episode of the new SyFy series Defiance.