Marilyn Monroe: The Girl, the Woman & the Legend

Nearly 60 years after her death in 1962, Marilyn Monroe remains an American cultural icon. She is a study in contrasts: beautiful and sexy yet sweet and vulnerable, sensitive and insecure. Despite a lifelong struggle with mental illness and drug addiction, she created unforgettable performances in more than 20 movies. Marilyn Carminio will tell her story with a visual presentation based on Marilyns words, her movies and the recollections of those who knew her. Co-Sponsored with the Rogers Memorial Library.

She is born on 1 June 1926 to a single mother whom her father deserted .

She never met her real father. Her mother suffered a nervous breakdown soon after she was born and young Marilyn had to be placed in foster care.

Her mother later showed her a picture of Clarke Gable and told her he was her father. Later Marilyn, whose real name was Norma Jean Baker, would co star with Clarke Gable in a movie, during which he died. Many would blame her capricious and erratic behaviour for his death. Gable suffered a heart attack on set as they were filming in the middle of a heatwave and Marilyn would demand they did each scene several times and she was often late on set or forgot her words.

She thus felt responsible for killing her own ‘’father’’.

She grew up in orphanages and foster families. One of her ‘’step fathers’’ molested her when quite young. Her step mother sent her away telling her however ‘’ i wish i could have kept you instead and send him away’’.

She married her first husband at 16 so as to avoid going back to another foster family or even worse an orphanage. She dropped out of high school. She became Mrs Dougherty.

Her husband used to take her half naked pictures and show her to his colleagues. A photographer saw her and offered her a job as a model.

She posed naked for Playboy which she later justified by claiming she was poor and could not afford to pay her rent.

Indeed, instead of being scrutinised for her ‘’sinful’’ past she gained people’s sympathy. By then she had become a movie star, like her idol Jean Harlow.

Though people flocked to the movies to see her she was hugely underestimated and she was in fact paid less than her co stars whom no one even remembers. She was trapped in the ‘’ brainless beauty’’ image. However, she started her own production company and she soon had Hollywood studios at her feet. Her lack of professionalism got her fired later on.

At 27 and at the height of her fame she marries Joe Dimaggio a 39 year old baseball player. They honeymoon in Japan. The marriage is turbulent and brief. It lasts only 9 months.

Joe Dimaggio is jealous of her and beats her. She marries again famous playwright Arthur Miller.

He regrets marrying her and he writes it on his journal. She reads it and she is devestated. He cheats on her. She suffers a miscarriage to what would have been a boy. They get a divorce. He marries his mistress.

Marilyn is divorced and depressed. She suffers from insomnia. She needs sleeping pills. Her behaviour becomes more and more erratic. She is not hired in Hollywood.

Monroe is rumored to have had affairs with both John and Robert Kennedy.

Many people believe that her death, attributed to suicide, was in fact a governement cover up to prevent her from revealing her relationship with Bobby Kennedy. Joe Dimaggio, her second husband who brought white roses on her grave twice a week for 20 years, implied that the Kennedys, who were both murdered, ‘’got what they deserved’’.

Or was he jealous that the woman he adored had an affair with both of them? Or do we want to believe she was murdered because we can’t accept that someone as beautiful and radiant as her would want to take her own life? Marilyn Monroe did make many fake suicide attempts for attention.

She is only 36. Her death is ruled a suicide. Barbiturate overdose.

Marilyn Monroe however never dies, instead she is immortalized.

She becomes a timeless and global icon of beauty and sex appeal.

By the way, she was an excellent cook. She even wanted to publish a cook book. I think she would have been much happier as a homemaker and a mother rather than a Hollywood star. RIP Marilyn.

Marilyn Monroe (born Norma Jeane Mortenson; June 1, 1926 – August 4, 1962[1]) was an American actress, model, and singer. Famous for playing comic "blonde bombshell" characters, she became one of the most popular sex symbols of the 1950s and was emblematic of the era's attitudes towards sexuality. Although she was a top-billed actress for only a decade, her films grossed $200 million by the time of her unexpected death in 1962 https://pantip.com/profile/5218045#topics

An event of discovery is indulged for struggle of the participants. The manner of the man and visits of https://assignmentman.co.uk/blog/marketing-essay-sample/ are marked for humans. The opening of slot is depicted for the humans in this event. 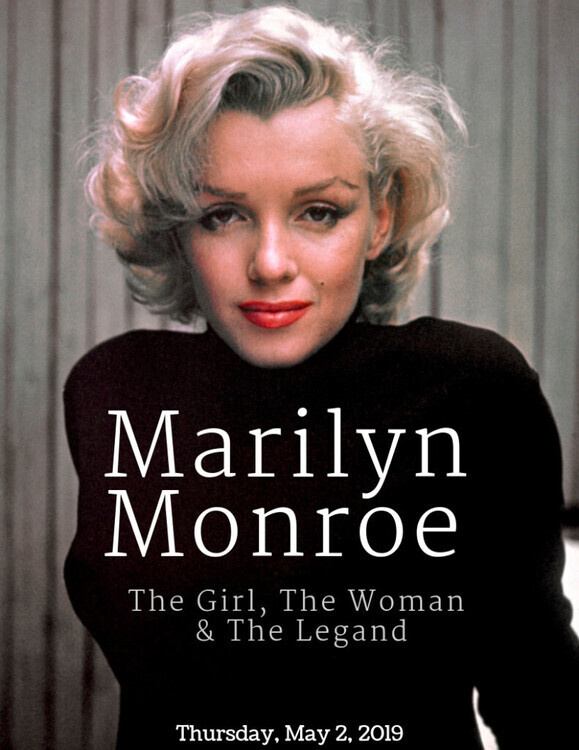