WWBA presents the 9th season of Poetry in Performance: Walking With Whitman, hosted by Writer-in-Residence, George Wallace. The signature series continues to bring to bring the most intriguing figures in contemporary literature on the national scene paired with local poets to the Walt Whitman Birthplace Stage.

Tongo Eisen-Martin is a movement worker, educator, and poet. His work has been published in Harpers Magazine and the New York Times Magazine. His book someones dead already was nominated for a California Book Award. His latest book of poems Heaven Is All Goodbyes was published in the City Lights Pocket Poets Series, was shortlisted for the Griffin Poetry Prize and won a California Book Award and an American Book Award.

Tony Policano,Brooklyn born, Queens raised, and a long time resident of Oyster Bay, Long Island, Tony is an award-winning poet and freelance photographer. His poems have been selectively published in many print and online journals including Flutter, Primal Sanities, Writing Outside the Lines, No Distance Between Us, LI Sounds Anthology, Walts Corner, Poetry Bay, and great weather for Medias I Let Go of the Stars in My Hand. Tony is a frequent reader at poetry venues on Long Island and Manhattan. He is a board member of The Long Island Poetry Collective and their managing editor of Xanadu a national poetry anthology. He was asked by the Walt Whitman Birthplace Association to be the guest editor for A Taste of Poetry, an anthology of poems and recipes.

Tonys first book of poetry Before The Birth of Cool will be available this summer.

DriftWood Trio is a New York based reed trio that is committed to exposing the beautiful blend of Oboe, Clarinet, and Bassoon to various audiences. Formed in 2018, Kelly Smestad (oboe), Joshua Phillips (clarinet), and Garrett Brown (bassoon) are all in their Graduate/Post-Graduate studies in Music at Stony Brook University. Most recently, DriftWood won Second Prize in the ENKOR International Music Competition and performed for the Staller Center for the Arts 2019 Gala starring International Soprano and Opera Superstar, Renée Fleming.

This series is funded by Poets & Writers, Inc, with public funds from NYS council on the Arts with the Support of Governor Andrew Cuomo and the NYS Legislature. 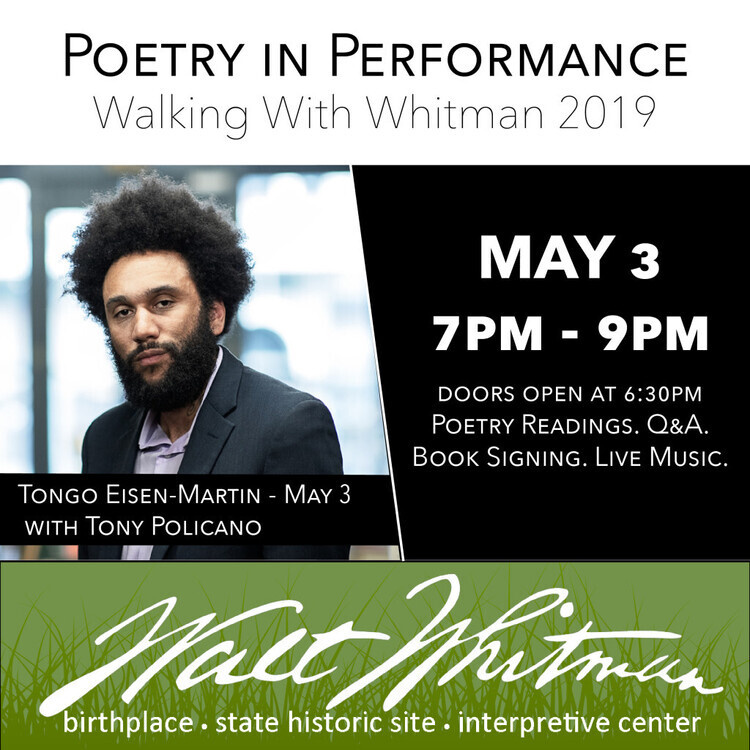